I know I mentioned in the last post that I had taken pictures and had lots of blog fodder.  But I guess I forgot how I actually need to sit down and write a post that will use said pictures, or they kind of just linger in my Flickr account and don’t do anyone any good.  So, without further ado, here is Celtic Solstice! 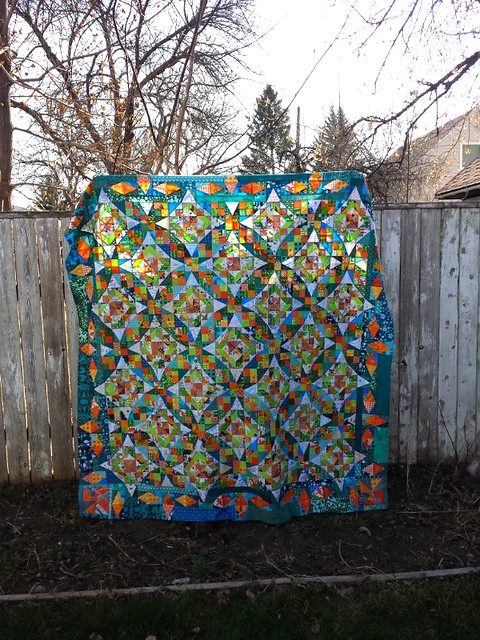 I started this quilt in November 2013. It was Bonnie Hunter’s mystery for that year. When she said it was going to use the Tri-Recs tool, I made the decision to make it. I knew it would more than likely involve many tiny tiny pieces, as Bonnie’s quilts generally tend to. I changed up the colour scheme a little, and used grey where she used yellow, and made the blue into more of a teal/turquoise. 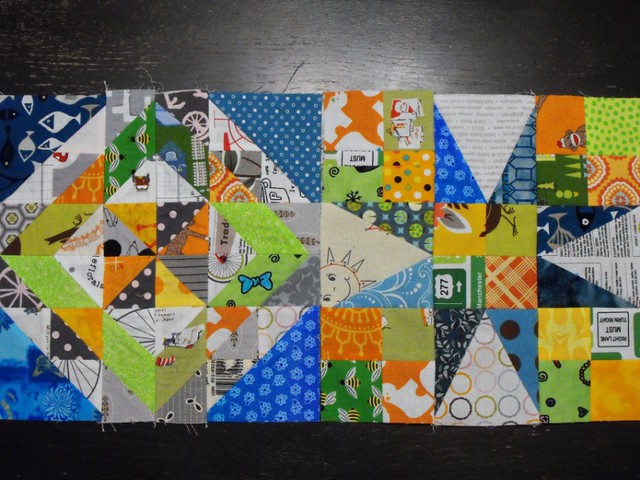 I had to search way back in my Flickr feed to find these next two pictures. I made all the units as the mystery went along, but then I got stalled in the process of actually assembling the blocks. The two blocks above I made when the mystery was revealed. They were lonely for a very long time. 🙂 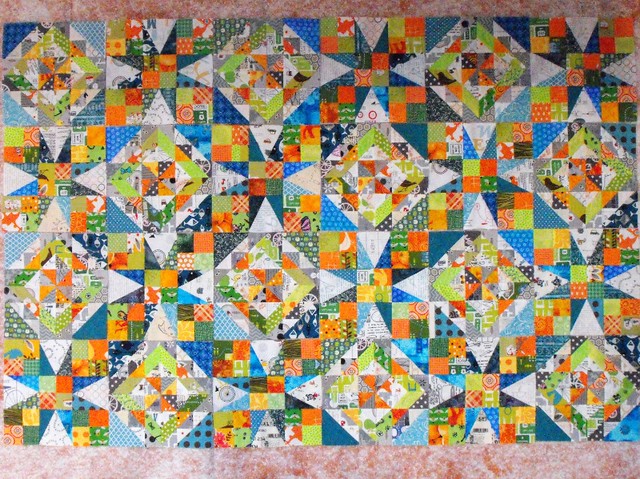 There are two blocks that make up this quilt, and they have 62 and 35 pieces in them, and I made 28 and 27 of those blocks, respectively. So there are 2, 708 pieces in the top, before I added the borders. I have to admit, that’s more than I expected. 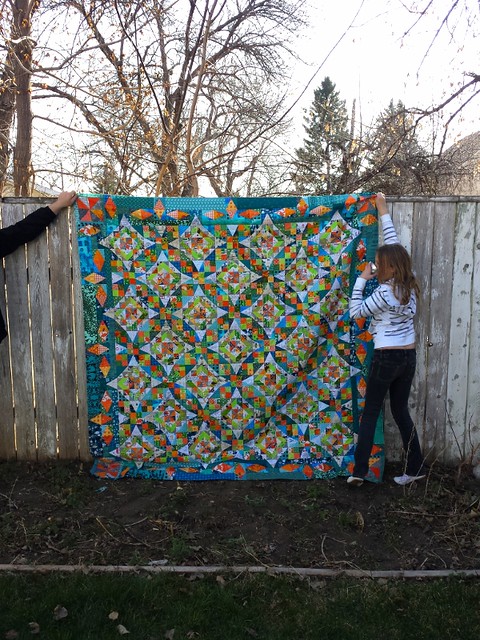 My family helped me take pictures. Most of the time, it was much appreciated. 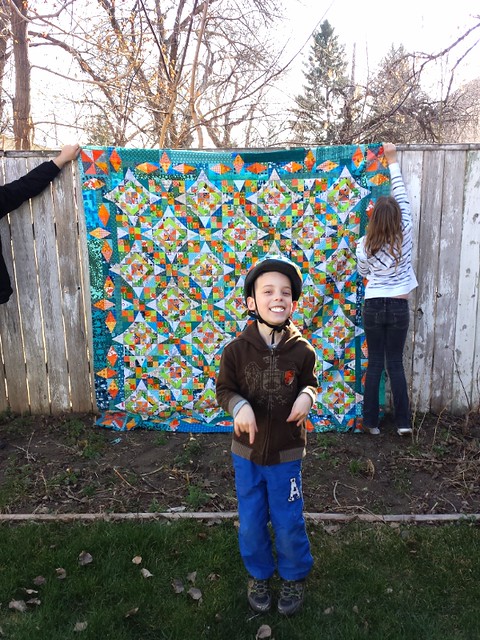 Some of the time, not so much. Thing 2 took a break from riding his bike around the block to help out. So sweet of him. 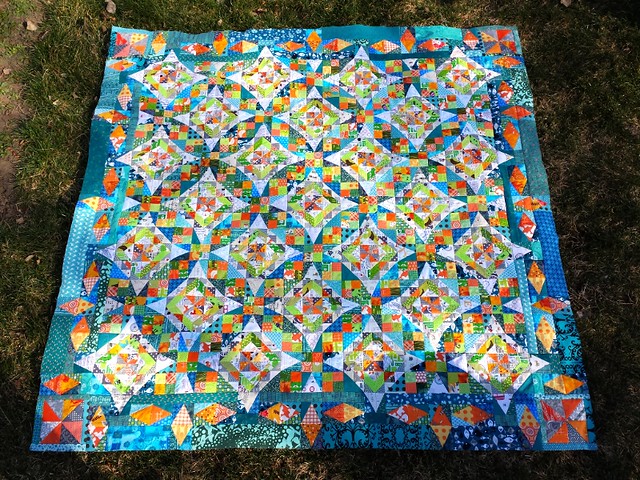 This is the best picture that I have of the top. It is quite large and was hard to get the whole thing in the frame. The colours really pop in this shot, which I really like. The border is not Bonnie’s original border, but one that I adapted from a Celtic Solstice that someone else had finished. I don’t remember who it was, but if you have seen it before, please let me know so I can give them credit.

I’m glad I made this quilt. I’m also glad I don’t have to make another one. 🙂