March is my month to be queen in one of my bees.  I wasn’t sure what I wanted until about 2 days ago, when I remembered how much I liked a block that I had made for one of the travelling quilts that I worked on last year.  It’s a little improv, which is not normally my thing, as I usually tend to go for traditional blocks in modern colours.  But it’s good to break out of the mold every now and then, right? 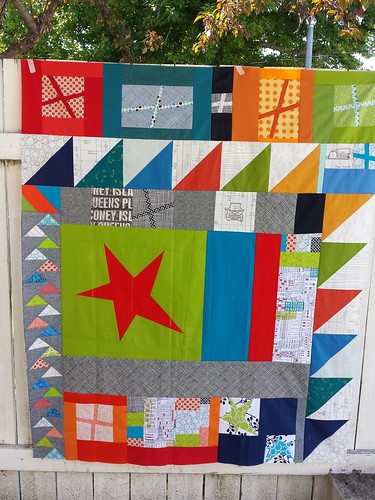 This is Gina’s quilt, and you can see along the top the blocks I’m talking about. They are the wonky crosses framed with solids/shot cottons. I’ll give a brief tutorial of how I made them, but because they are improv, feel free to put your own spin on them. 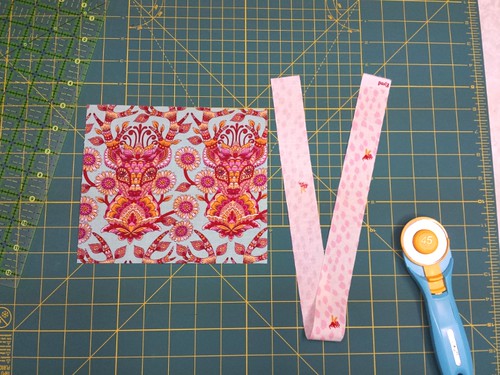 I started with a larger piece of fabric. This one is rectangular, but it could be square, whatever you like. This piece I think is 6.5″x7.5″, but you could go smaller or bigger, whatever you want. You will also need a strip. I used anywhere from 1″ to 1.5″ wide. Much narrower than 1″ the seam allowances get bulkier and that was why I didn’t go smaller. I personally like the look of narrower crosses which is why my largest strip was 1.5″. 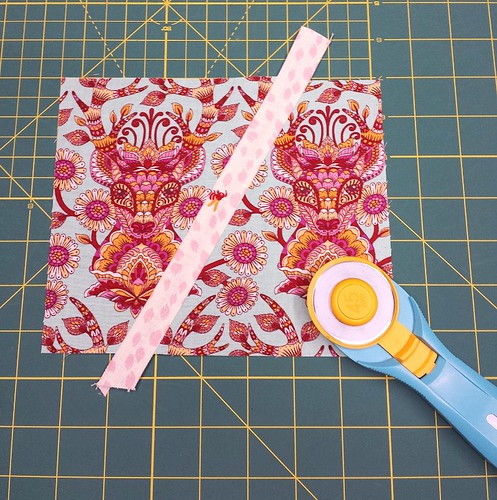 Slice the larger fabric in half. The angle doesn’t matter. The only things I paid attention to were making sure that the cut didn’t go to close to a corner, because inserting the strip too close to the corner makes more bulkier seams later on, and also that I cut across two edges that were parallel to each other. I pressed my seams toward the strip because they seemed to want to go that way. If you prefer to press open, that is totally fine. 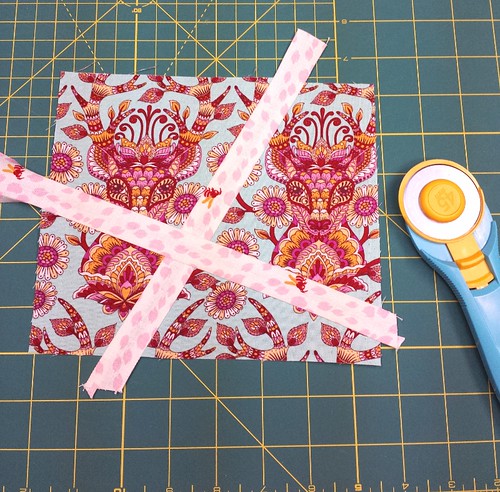 After the first strip is in, cut the block apart across the other parallel edges and insert a second strip. You can see in this cut that I am closer to the bottom right corner, but it’s not too close that it will affect the seams later when I add the border strips. 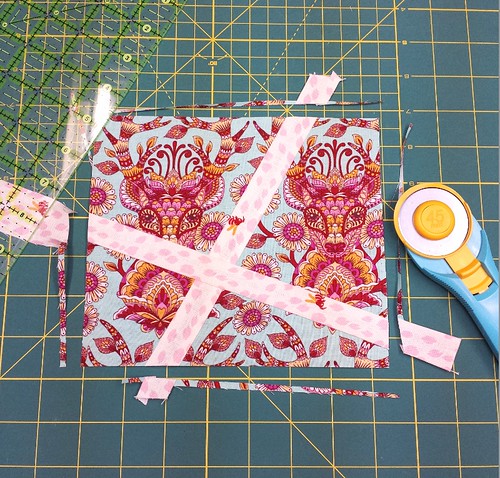 Square up your block. It doesn’t have to be a nice round number. I think this one may have been something odd like 6 3/8″x 7 1/4″ or something. As long as the edges are square, the size doesn’t really matter. 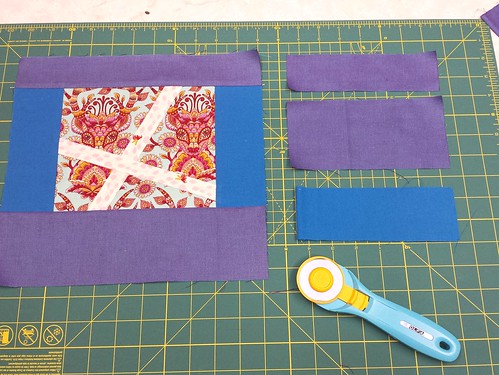 Frame the block in solids. Or shot cottons, or fabrics that read as solid if you have no solids. I tended to choose a mix of solids and shot cottons. The width of the strips does not have to be the same on all the sides. You can see that here I used the same width for the blue solid, but the purple shot cotton has 2 different widths. I used strips between 2″ and 4.5″. 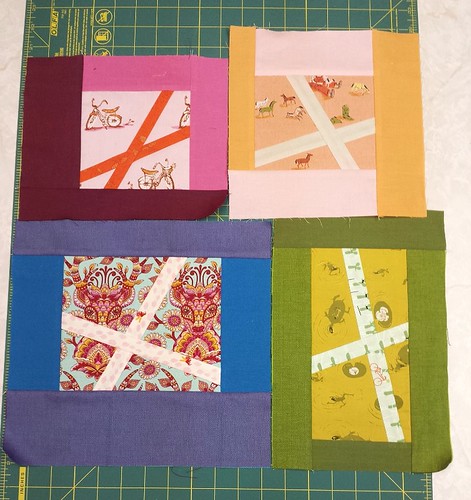 Here are some other examples I made. The order that you sew the border strips on does not matter. You can see that in each of these examples, I sewed the strips on in different orders. I chose to use two colours for each border, but you can use 1 if you’d rather.  You can also see that the blocks are all different sizes and shapes and that is also fine.

I hope you have fun making these blocks!  If you have any questions, please ask. 🙂