I thought that I had already blogged about this top, but I was looking through my photos on Flickr, and realized that I had sadly forgotten to.  So here goes! 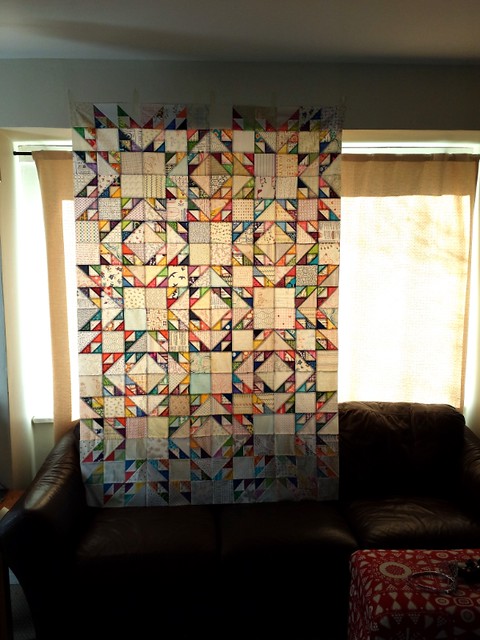 Last year, I asked my bee mates in the Canadian Quilters group to make me this block. The tutorial for Birds of the Air is here. I ended up with 13 blocks, but I needed 24 blocks for the layout that I decided on, so rather than make 11 more blocks, I put it in a box for months and kind of forgot about it. 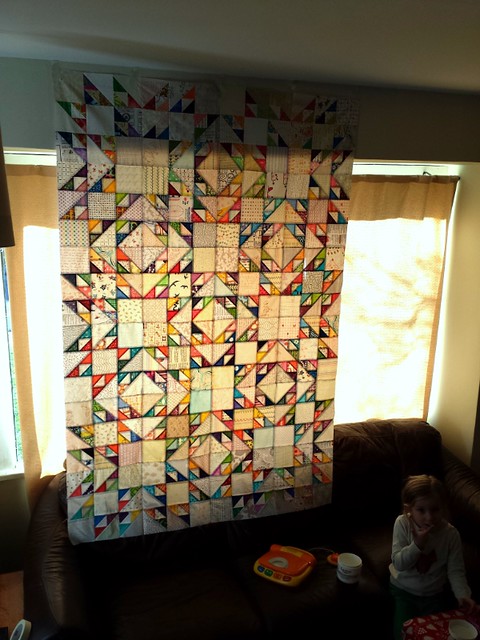 Around Christmas time, I was going through my multiple WIP boxes, and I found them. I made a decision to try and finish off some of my WIPs before I started any more major new projects. This was the first project I decided to tackle. It took me longer than expected to make 11 blocks, (which is probably why it got put in a box in the first place), but it was all definitely worth it when I got the top assembled. 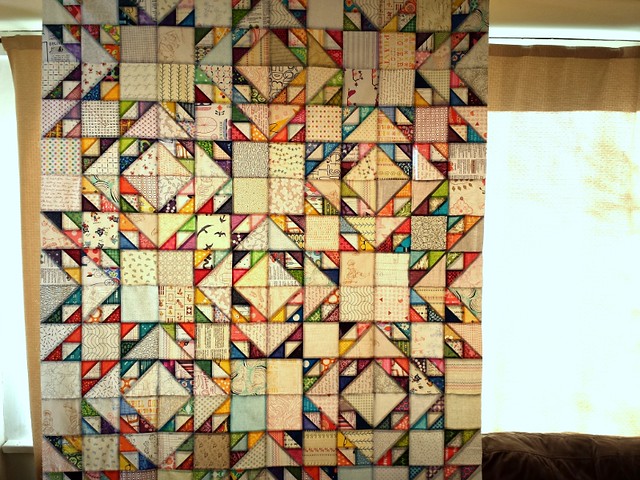 For now, it’s moved to the next stage of WIP, which means it is sitting in my pile of unquilted tops. I think there’s only like 8 in that stack. That’s manageable, right? Now that I have my Juki (which needs a post in itself) I can actually start to tackle that stack. 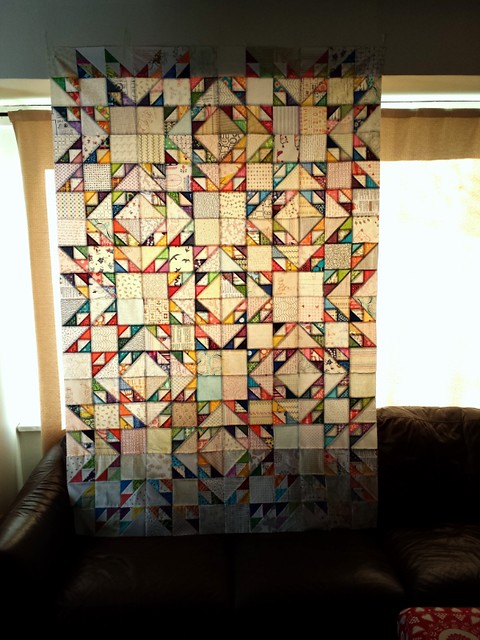 In the meantime, I’ll rejoice in the small victories. These blocks are now a completed top. One stage further to actual completion!

3 thoughts on “Birds in the Air”