My sister asked me last year to make a quilt for her son.  I said sure, of course, and then time happened and it took awhile to get the ball rolling.  Earlier this summer, we brainstormed and came up with a sketch of the design she wanted.  I loved the original way her brain worked to come up with the pattern she wanted.  She’s very artistically inclined, but not a quilter herself, so she came to the process without any preconceived ideas about what is currently on trend in the quilting world.  I should design stuff with her more often.

I started by making some test blocks.  The first one I made, on the left, was 1.5″ too big, so I re-did the math and made a second.  Success! 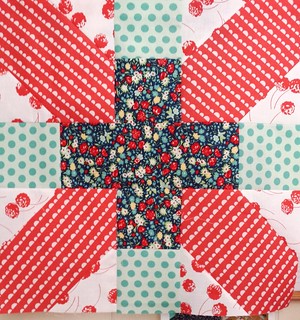 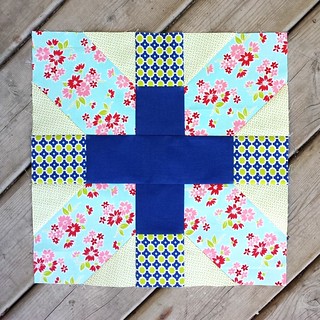 Then I got to work with the actual fabrics that she had picked out. I had to make 12 of these large, 15″ finished blocks for the left and right side of the quilt. 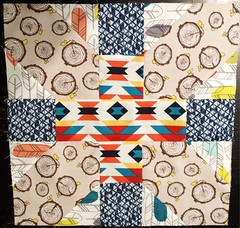 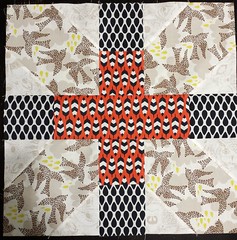 So with the big easy blocks done, I got to work on the itty bitty ones for the centre of the quilt. I did more quilt math, the old fashioned way, with a paper and pen. 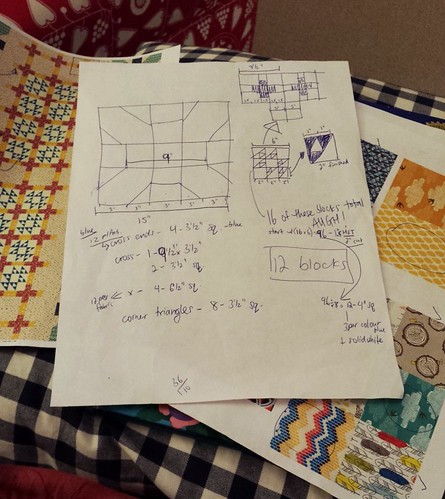 Then I made some more test blocks, little itty bitty 1″ finished HSTs that were then used in tiny 2″ finished birds of the air units. 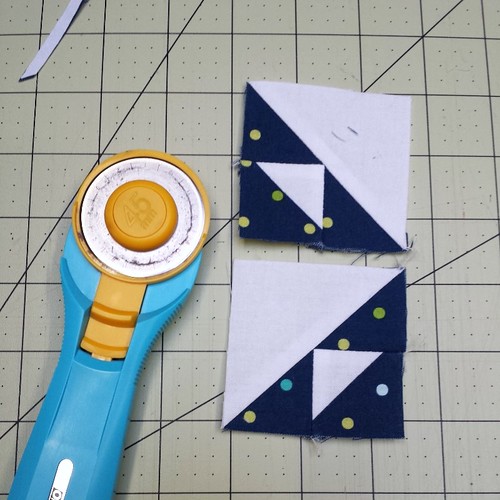 I really liked the cute factor of these tiny little units, even if they were awfully small and fiddly to make. Since I didn’t need the test birds of the air units for the quilt, I experimented a bit and made them into a new block. Then I made the real units and the resulting blocks that I needed. I had to make 16 of these small 6″ finished blocks.  Shakespeare is there for a size comparison. 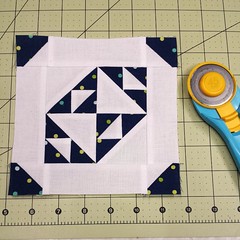 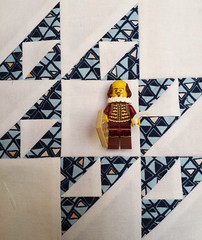 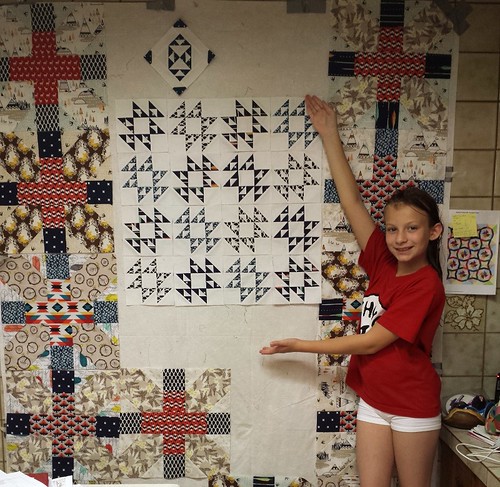 And that’s my progress so far. I put it all up on my design wall, and Thing 1 jumped into the picture with this Vanna pose. I’ve got mostly easy stuff left to do, so now it’s just a matter of doing it. I really hope I don’t fall off the wagon this time.

2 thoughts on “A quilt for my nephew”