When the doctor says to you that your recovery will take 6 weeks, you think in your head that it will not be a problem, and the time will fly by.  But, when you actually live those 6 weeks, particularly the first 3.5 or so, it is a different thing entirely.  When your doctor tells you to rest so that your body can heal, he means it. I had such great plans, to sew hexies in the hospital, and sleep when I got tired.  I never thought that I would have horribly debilitating nausea that would completely erase any plans of doing anything normally.  Things that I took for granted, like actually wanting to eat anything ever again.  Or sleeping.  When I finally, finally got that under control, then I gradually started to feel better.  And I discovered that I’m not actually a very patient person, in case I had any tiny notions that I was.

But I did slowly get better and I am now mostly better.  I started sewing again, and I realized how much I missed it.  I started with some hexies, because I wasn’t going to have gone through all that prep work for nothing!  Thing 1 sewed with me a little bit, and that was nice.  I worked on attaching some of my flowers on to the bigger quilt-in-long-term-progress. 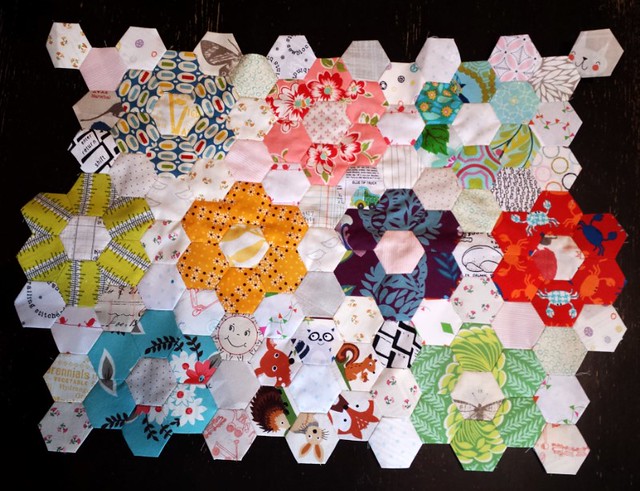 Then I worked on some bee blocks, since it is September and I had 2 of those on my schedule.  For the Stash Bee, Ashleigh requested a small, mini block framed in a block of solids, made in jewel tones. 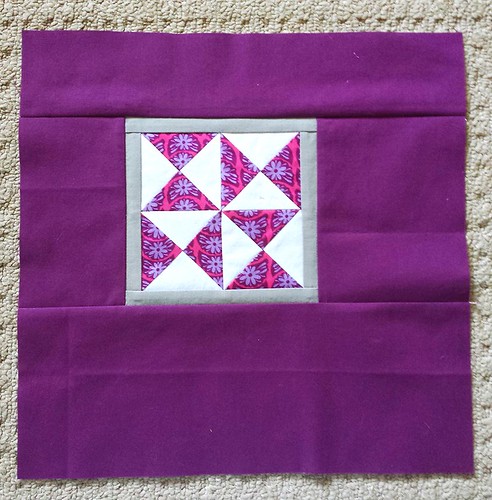 Then for Canadians Quilt, Janet asked for the Union Jack block, made from the free pattern by TraceyJay Quilts on Craftsy.  This one involved paper piecing and regular piecing, and I only had to re-do one seam, a great sign that my head was coming out its fog and was starting to work like I remembered it could. 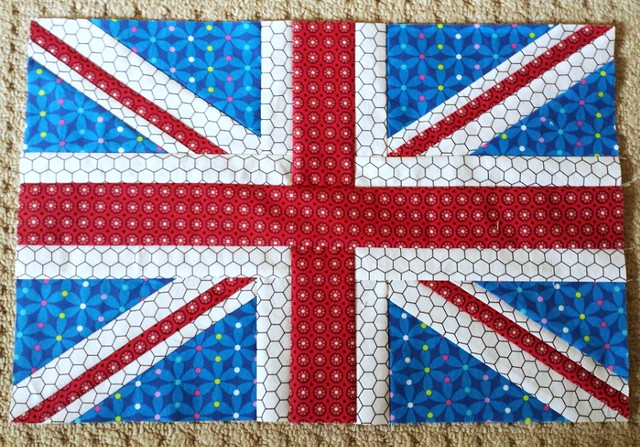 It feels good to feel like my old self again.  It’s been 6 weeks on Thursday.  I’m glad that modern medicine is at the point where I can have a surgery like this instead of continuing to suffer like I was, and I’m thankful for the friends and family who were there for me and for all the words of encouragement I got and for all the prayers on my behalf. I’m very eager and thankful to be back to my normal, boring life.

4 thoughts on “A time to heal”