So I was in a bee and it was a bit of a disappointment.  Lots and lots of people dropped out and I didn’t get nearly half of the blocks I was supposed to get.  Live and learn, I guess.  I think it was too many people to start with, in the bee, combined with health problems suffered by the organizer, which hampered her ability to run things smoothly.  But, instead of dwelling on the fact that I was now very tired of making this block and the the fact that I did not have enough blocks for a decent sized top, I came up with a solution.  I had seen other people making larger versions of the block and then combining the two sizes in one quilt.  It seemed like a fast and simple solution, so I decided to go with that. 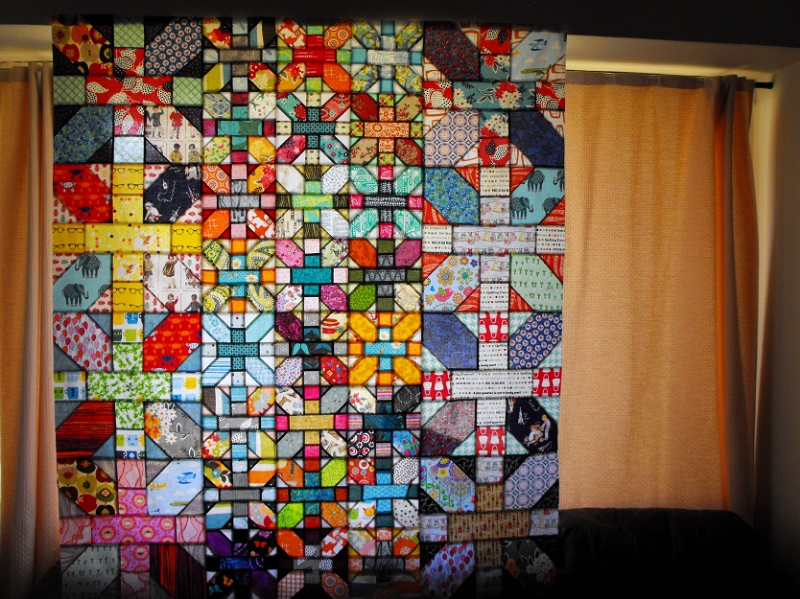 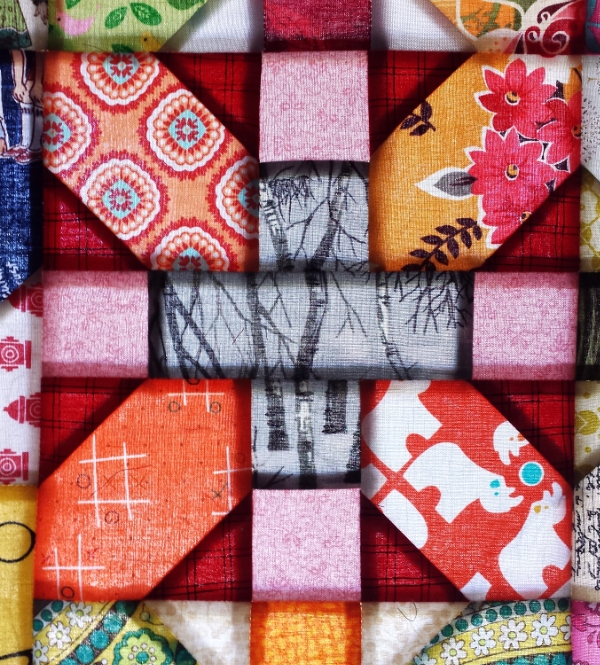 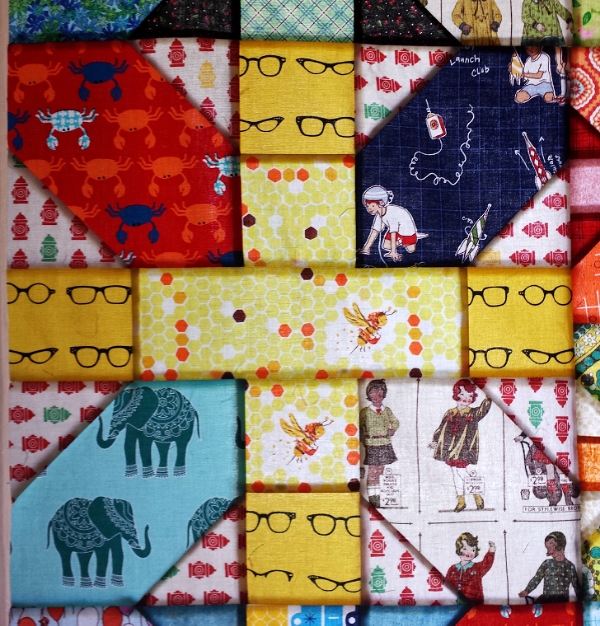 I decided to use some of my precious Heather Ross fabrics in this top, since the blocks were so large and I could really showcase them. I’m glad I did. That little worker bee is just so cute! 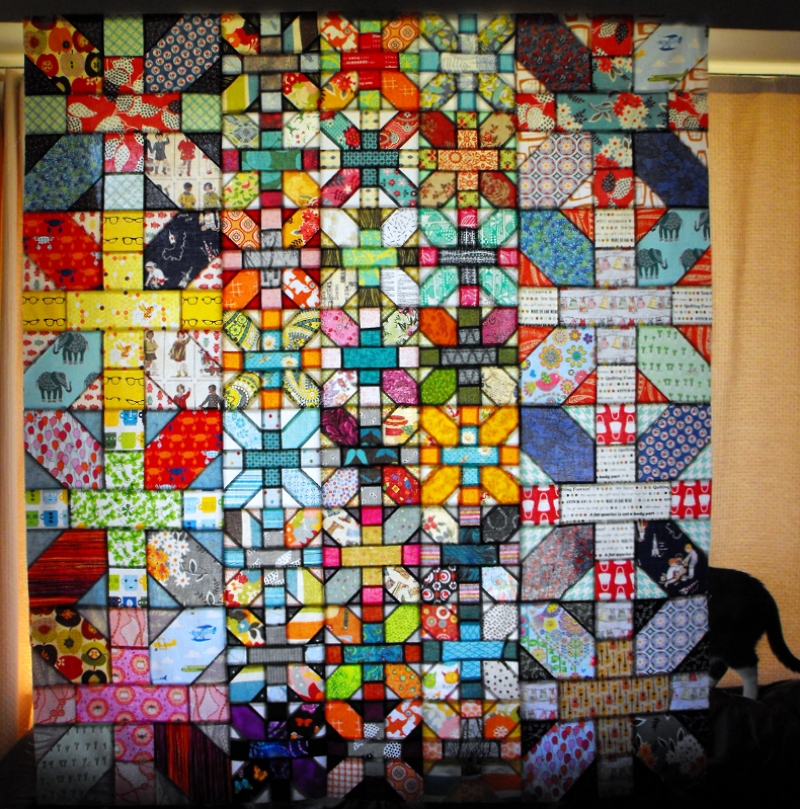 I am happy with this top now, but I think it will probably sit a bit before it gets quilted.  I had an amazingly productive week and made 3 quilt tops.  I don’t think I have ever finished 3 quilt tops in a week before!  2 of them, including this one, had been lingering for a long while for various reasons, and it feels really good to get them done.  Yay for bursts of sewing mojo!

14 thoughts on “Japanese X and + Flimsy”